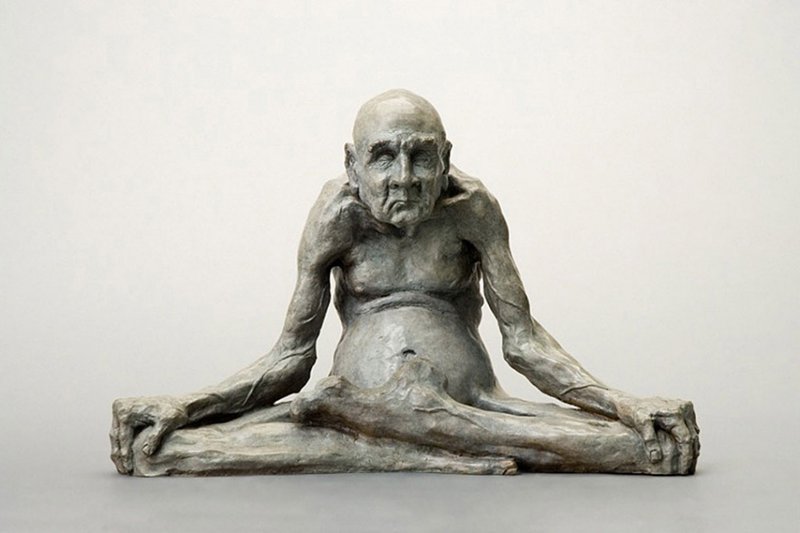 Here is a revolutionary thought- where have all the 'older' teachers gone? I don't see them in ads in yoga journal, I don't see them headlining yoga festivals or packing out yoga workshops. Where are the teachers who have been on this path for 25+ years? Why aren't they the yoga celebrities? I know, I know... they are out there and many of them are in the spotlight. But my point is that as yoga grows in popularity and moves deeper into the mainstream- our yoga elders are quietly getting pushed to the side. Or also very likely, many of them are happy to do their thing- practice, teach and not get caught up in the 'glamor' of it all.

Of course you can say that is a reflection of our culture in general. Young, hot people sell things and old wrinkly people don't. Sad, but not surprising that this mentality has moved its way into the yoga realm. Yet, if we stopped to think about it, wouldn't it make sense that of all things, yoga would revere our elders? Because isn't obvious once we step onto this path that we realize that we have so much to learn? If you base what is important about yoga from the mainstream, it is all about being young, sexy and contortionist yoga postures.

When I view yoga in the popular culture around me, I want to see yoga teachers in their 60's, 70's+ who have been on this path since even before  many of the current yoga celebrities were toddling around in diapers. I want to see value placed on years of experience, not just yoga experience but  the hard-earned wisdom gained by simply being on this earth, being in relationships or even being a parent for many decades. And as a woman and as a large percentage of yogis are women, I want to see a reflection of myself in 20 years. A woman who is strong within herself, who has cultivated grace, compassion and the humility to know she is still far from perfect.

I've suppose I have been lucky that some of my early yoga teachers were these type of women. Of course, being the picky student that I can be (and early on, very much was) I gravitated to those who I know didn't have all the answers but by virtue of their life experience and dedication to their self-growth and evolution were able to offer so much more. That was over 12 years ago and while yoga has grown exponentially since then, I look around and sometimes all I see is that if  you can do a one arm handstand while in lotus, then you too can be a yoga superstar. While the depth and humble wisdom of our elders is tucked away, out of the yoga studios and mostly out of the limelight.

And maybe that is where it is supposed to be.